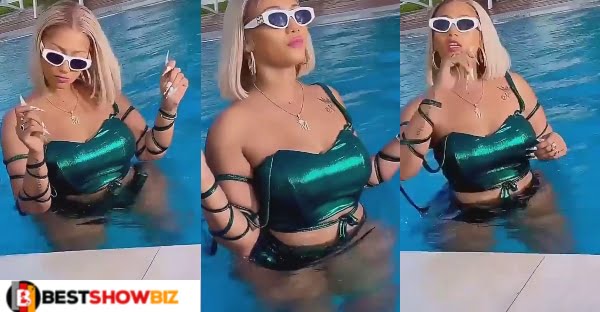 Hajia4Real Puts Her Hot Body On Display As She Goes Swimming. (video)

Hajia4real, a Ghanaian musician, sparked outrage on social media after putting her sculpted figure on show during a video shoot.

The prominent Ghanaian socialite, who recently added music to her resume, brought her sexiness game to the pool, twerking and having a good time.

The video, which has now gone viral, has prompted many people to respond to Hajia4real’s post, with many commenting with an emoji of a loving face.

Read Also  Fan removes AMG Business Tattoo from his face, claims the fraud company is not for his father
Share