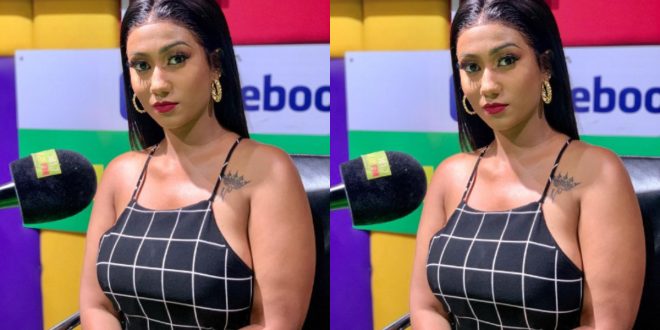 Popular Ghanaian socialite who just turned a musician, Hajia4Real has shockingly revealed the reason why she has kept her relationship life out of the public.

according to the budding actress in a recent interview with Abeiku Santana, she has actually learned from her previous relationship and does not want to repeat those mistakes again hence she will never disclose the man she is going out with.

well, to those who think the mother of one is just slaying and will never marry, she said in the interview that until she gets married she will never make her relationship public.

Hajia4Real also spoke about her music career and claimed those saying she wants attention are wrong since she already has the attention due to her fashion sense.