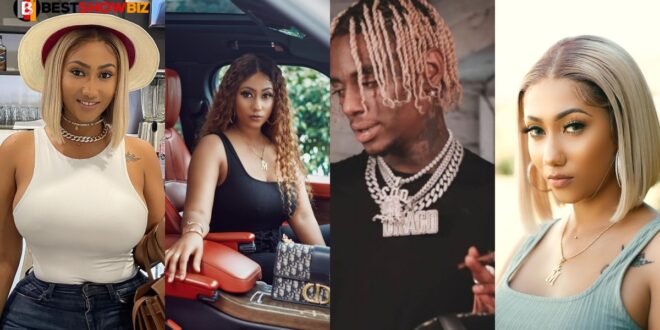 In a post on her social media handle, musician and influencer Hajia4Real is reported to have taken her relationship with American rapper Soulja Boy to the next level.

Hajia4Real, who turned to social media to share a very stunning image of herself with her admirers with the phrase Soulja girl, has sparked speculation that she is dating the musician.

Her latest tweet comes after the rapper began flirting with her on social media, and it appears that the singer of “Fine Girl” wants to take things to the next level.
Soulja Boy also left a love emoji comment on her post and reposted it on his Instagram story.