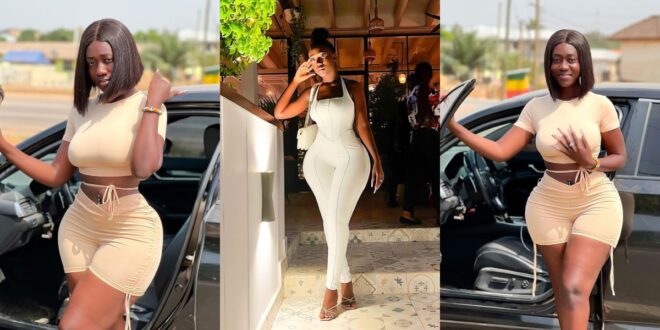 The heavily endowed socialite, who has a habit of warming the hearts and whetting the appetites of guys who want to get inside her [email protected] and taste what’s down there, has done it yet again after releasing photographs that focused only on her curves.

In the picture she shared with her over 850 thousand followers, she wore a white dress in the photos as she head out for an event that was most likely attended by huge lads.

As predicted, her distinctive, voluptuous body was on display in the images she published. “Happy New Year, guys,” she said in the caption of the post on Instagram.