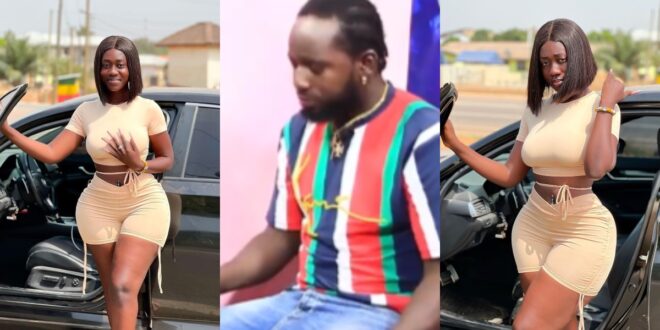 “Hajia Bintu has no talent to represent a brand, only her a$$”– Rap Fada (Video)

Rap Fada, a young musician, has criticized the lack of industry backing, questioning what type of legacy Hajia Bintu has to become an ambassador for a business or even represent the country.

Rap Fada bemoaned how people follow online celebrities rather than those with skill, citing Hajia Bintu as an example, claiming she has over 1 million followers simply because she shakes her a$$ and accomplishes nothing.

He went on to question what she’s been doing to have more followers than him, who has a gift, and when she mentioned being a brand influencer, he asked what sort of legacy she had to achieve that.

According to Rap Fada, it’s acceptable for people like Nana Ama Mcbrown, Jackie Appiah, Martha Ankomah, and others to become brand influencers since they’ve developed a reputation over the years, but Hajia Bintu merely shakes her a$$.