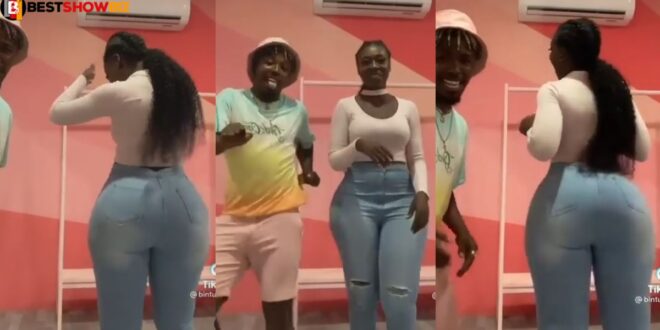 A new video that Hajia Bintu has shot with renowned Ghanaian dancer, Dancegodlloyd, has had a lot of social media users talking about her.

Hajia Bintu is seen doing her thing in the video, which was made to promote Dancegodlloyd’s new song named “Eheati.”

She is seen in the video dancing with Dancegodlloyd, displaying her crazy dance talents and tremendous twerking ability.

Bintu chose to shake her envious and mountainous bakka for the cameras in a video that has been widely circulated on social media.