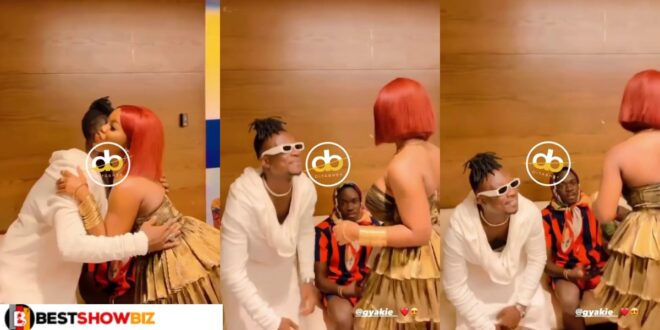 Gyakie embarrasses Yaw Tog, Snubs Him After They Met (Video)

A viral video has many wondering if there is a rift between Gyakie and her colleague musician Yaw Tog.

Gyakie was seen passing by Yaw Tog on her way to give Kofi Jamar a hug after realizing the “sore” hitmaker was sitting there, according to a video that has since gone viral.

Gyakie, who had just hugged Jamar, refused to hug Tog as he passed by and left, whereas Yaw Tog raised his arms to hug her colleague musician.

Netizens who saw the video have expressed concern, wondering if there is bad blood between the two of them.