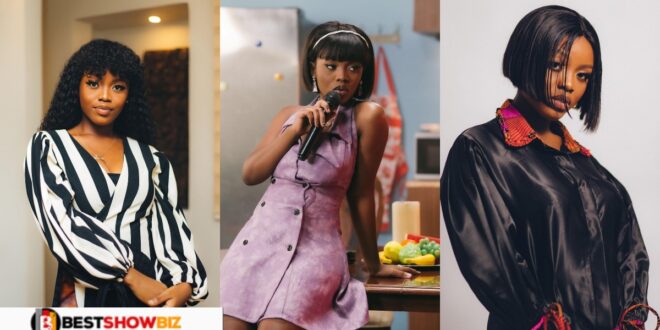 Apple Music has released its annual Top 100 charts in South Africa and Nigeria, which include the most streamed songs, albums, and artists, with Ghanaian artiste Gyakie making a significant appearance with her 2020 lethal anthem “Forever.”

The song ranked first on the Top Shazamed Songs of 2021 in Nigeria due to the remix with Nigerian music sensation Omah Lay, which was released in March 2021.

It also reached number 12 on Apple Music’s Top Songs of 2021 in Nigeria. She is the only Ghanaian artiste to have charted on both. Her meteoric rise since her debut in 2019 is confirmed by the statistics.

Thanks for the love 💛#SpotifyWrapped pic.twitter.com/KDvaDoZYmI

The “Forever” track from the Seed EP was played on radio stations in Ghana, Kenya, and Nigeria. It topped music charts like Billboard’s Top Thriller Global and Shazam’s Top 200.

Gyakie collaborated with Nigerian singer Omah Lay on a remix of “Forever” in March 2021.

Small girl from Bomso made it to Apple Music’s Top Songs of 2021 in Ghana, Nigeria, Tanzania and Kenya 💛 pic.twitter.com/WBhvz55p2V