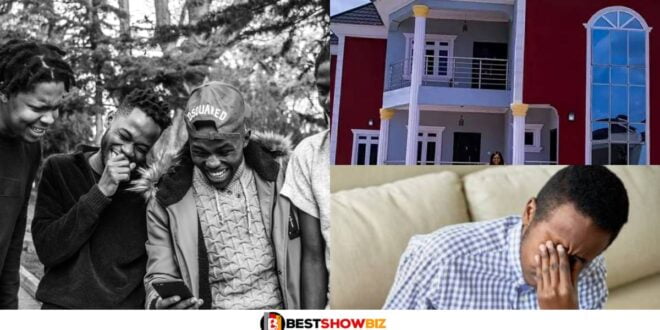 Years ago, a guy made a generous gesture to his friends by bringing them to the city on his own to turn their lives around.

According to a heartwarming account posted on Twitter, the friends gathered together to build a house for this person whose life has been stagnant and has not made any progress in recent years.

According to Opeyemi Babalola, who broke the news on Twitter, the friends contributed resources to build a house for their friend, who is now experiencing financial difficulties but has yet to be notified about the house.

According to reports, the man’s financial situation has worsened since losing his job five years ago.

“Friends contributed money to build a house for their friend who brought them to Lagos (he invited them to Lagos over 15 years ago).

Things became worse for him when he lost his job 5 years ago. His friends built a house that will be handed to him as a Christmas present on Saturday.”