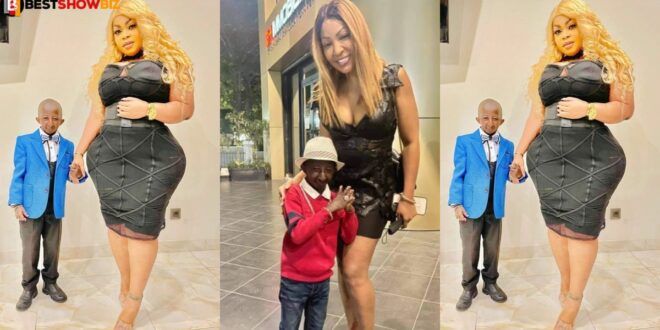 When lovely photos and videos of the two appeared online, they became a global sensation.

Eudoxie took to her social media handles to announce their break-up, the news was startling as no one expected the two to split ways so quickly.

After the news broke, many assumed Grand P was cheating, which caused their relationship to end.

Grand P has announced his new girlfriend on his official social media handles, confirming the suspicions about him cheating on his ex-girlfriend.

Read Also  "Obinim and Obofour are entertainers, they are not men of God"- Bulldog (video)
Share