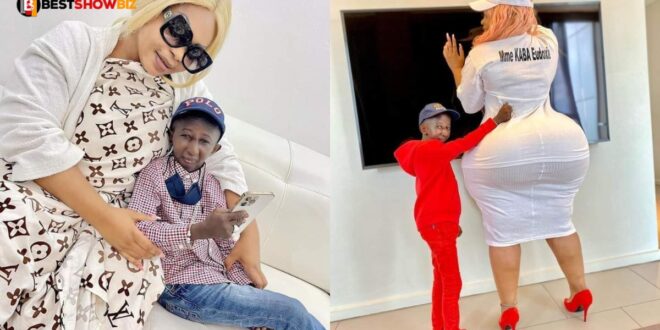 Grand P, the billionaire artist, has issued a harsh warning to Congolese singer Roga Roga, who has reportedly eloped with his wife.

Grand P, who is married to Ivorian plus-size model Eudoxie Yao, posted images of himself at the gym, looking like a guy ready for battle, as well as another of his wife getting cozy with Roga Roga.

“My brother Roga Roga I have enormous respect for you and all the Congolese people… But the track you want to borrow is not favourable for you, do not have fun getting close to my wife otherwise, I will react very badly it’s a warning thank you,” he posted.

The Guinean artist and his wife have had on-again, off-again relationships, with separation sometimes tainted by charges of adultery. During their latest romantic crisis, Grand P openly pleaded with the model to return to him.

It is still unclear what caused their breakup this time.