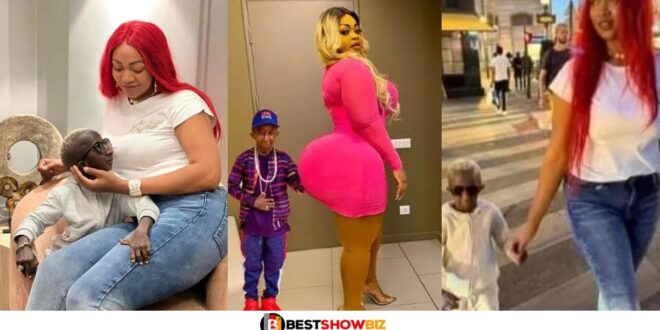 This was brought to light after he was seen with a lanky lady who held his hands like a child.

Previously, it was reported that Grand P was cheating on Eudoxi Yao, and in July 2021, it was revealed that he has another mistress.

Several photos of Grand P having intimate encounters with various women backed up the rumors.

Grand P and Eudoxi, on the other hand, reconciled, and he proposed to her live on television.

A few months after the proposal, the musician was seen out in public with another woman, which raised eyebrows.