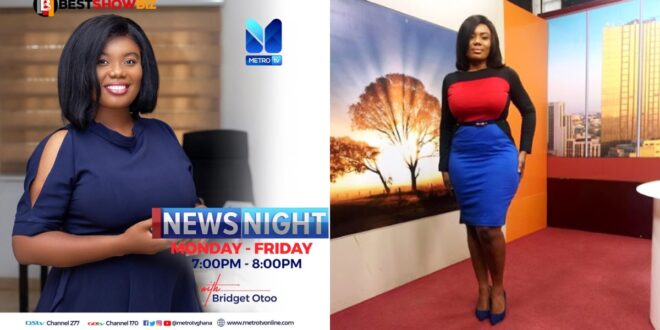 Bridget Otoo joined the Metro TV news crew and made just one appearance before being dismissed.

He went to Twitter to criticize the NPP for firing the journalist. Because she criticizes them and supports John Mahama, the Akufo Addo/Bawumia/Npp administration has ordered Metro TV to immediately fire Bridget Otoo.

Bridget was dismissed by TV3 for reportedly being unprofessional and indisciplined. However, Metro TV’s decision to dismiss her on government instructions has enraged the people and exposed the NPP’s attempts to suppress free expression in the nation.

Metro TV, one of the country’s oldest TV stations, has come under criticism for blatantly complying with government requests. Bridget Otoo’s arrival on the news team was warmly welcomed as her journalistic approach was anticipated to offer a fresh sort of enthusiasm.