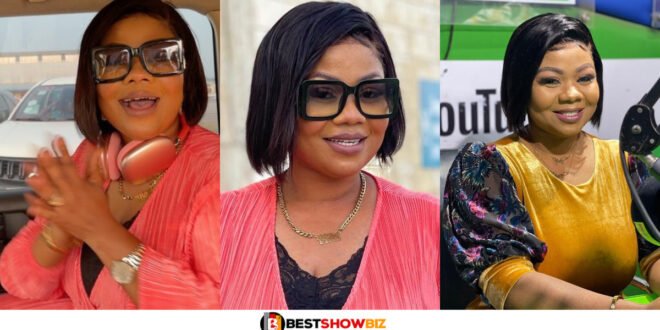 Empress Gifty, a Ghanaian gospel singer, has turned to social media to slam a fan who labeled her a slay queen while she was filming a video.

People have spoken out against the performer, who is known for her serious love of fashion, on multiple occasions, claiming that she does not practice what she preaches.

In the most recent update, the gospel singer was overheard shouting and issuing a harsh warning to a fan who labeled her a slay queen as she was filming a live video.

Empress Gifty, who was offended by the fan’s remarks, was overheard criticizing her for saying such things about her.

Mrs Adorye is shown firing the unnamed lady, accusing her of being ignorant and uncultured.

Read Also  Empress Gifty angrily says that she owes no one an explanation if she has done Butt surgery.