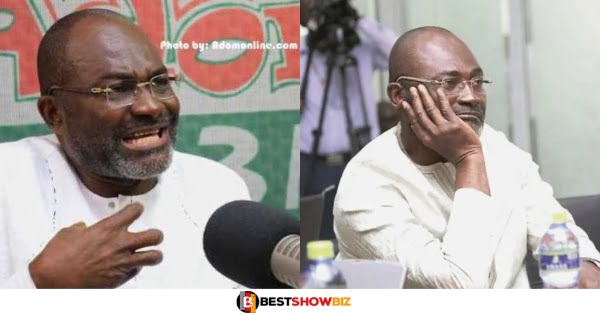 Ken Agyapong has voiced his dissatisfaction with the government’s choice to request a bailout from the IMF.

Hon. Kennedy Agyapong, a representative from Assin Central, has expressed his disappointment in the Akufo-Addo led administration for turning to the IMF for a bailout.

He mentioned how he had called the Mahama administration a failure for turning to the IMF while speaking at the current NPP National Constituency Officers Welfare Workshop in Koforidua.

The NPP lawmaker recalled his comment that any party seeking assistance from that organization has failed.

He admitted that he is at a loss for words after his party replicated what the opposition NDC did and that the choice to approach the IMF is equivalent to ceding uncontested power to the NDC.

“It is just like handing over power to NDC without a contest, straight away because the noise we made, and I chew my own words back when I said the NDC went to IMF because of mismanagement of the economy. So if NPP is going to IMF, what am I going to say? So breaking the is going to be tough.

“My message to you is simple, you cannot, read my lips and I am not scared of anybody in the party, I will tell you the gospel truth, those who take you to IMF cannot break the 8,” – Kennedy Agyapong said