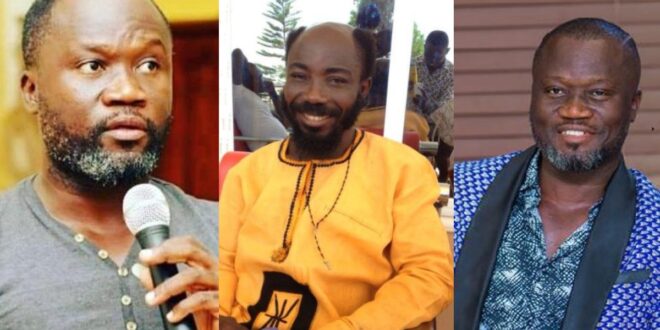 Big Akwes, a Kumawood actor and youtuber, has slammed Ola Michael, a radio host at Neat FM and a movie maker, for his latest remarks on how he chops most ladies who want to be cast in movies in order for them to become stars.

Ola Michael claimed emphatically on one of his Neat FM shows that he does not cast every lady in a film without “chopping” her first.

Big Akwes has reacted to this by accusing Ola Michael of defaming women in the film industry.

” You are a huge hypocrite, and God is going to punish you!! When I brought it up, you rejected sleeping with women in return for movie roles, but today you go on the radio and confess that you do. What message are you sending to women who want to try careers as actors in the future?” Big Akwes made a remark.