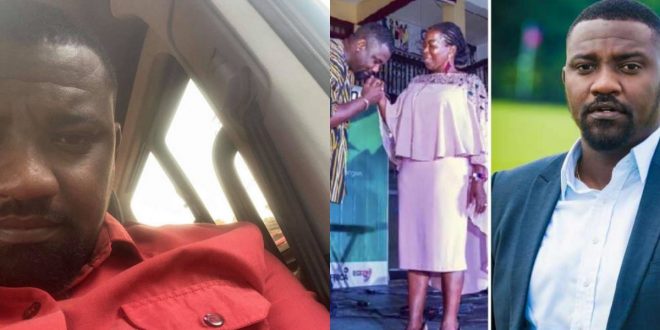 A social media post that was made by John Dumelo – who is the NDC Parliamentary candidate for Ayawaso West constituency – has surfaced and it gad caused a stir.

In John Dumelo’s own words, he wrote; “God No Go Shame Us”. His post however surfaced due to the results that came out of his constituency.

The actor was optimistic about his win yet he was let down by the voters as he trailed behind with about 2.5 %. Maa Lydia won and retained her seat with about 51.20% and Dumelo was behind with a percentage of 48.46%