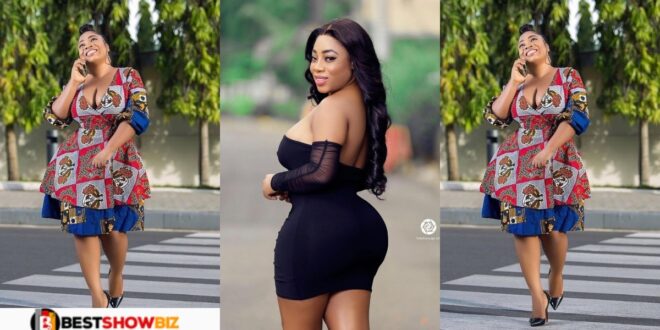 “God is my favorite celebrity”- Moesha Bounces back on social media, snubs her colleagues

Moesha has returned to social media after taking a long sabbatical to reconnect with herself and recover from her mental health concerns.

Moesha has recently been letting her presence be felt on Instagram from time to time.

Moesha Bodoung snubbed her godmother and friend Afia Schwarzenegger when asked to choose her favorite star.

or any of her coworkers.

Moe has discovered God and has made him her all-encompassing companion — she now sees no finer friend or companion than God.

Moesha Boduong, a Ghanaian actress and socialite, left social media a few months ago due to personal issues.

Moesha was reported to be facing a spiritual struggle after apparently coming face to face with an evil spirit.

Later, it was revealed that Moesha was suffering from mental illness since she was acting strangely. All appears to be good now, and Moesha is doing well.