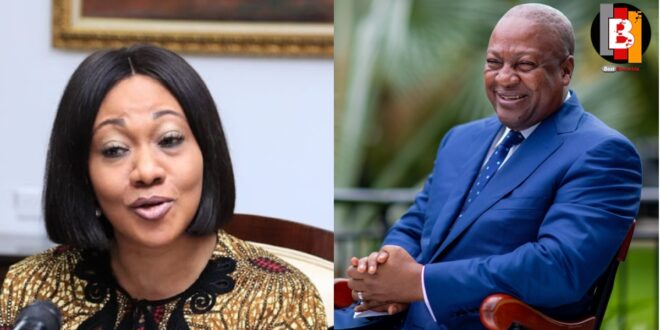 the Electoral Commission (EC) Boss, Mrs. Jean Mensah has urged the NDC (National Democratic Congress) and other aggrieved political parties to go to court if they have any issues with the 2020 elections results.

it could be recalled that the NDC’s held numerous press conferences after the EC Boss announced the NPP’s Nana Addo as the President-elect after the elections.

the presidential candidate of the NDC, John Mahama I one of his press conferences stated that there is no way he and his party will accept the result given by Jean Mensah with claims that they won the majority seats in parliament hence it must go contrary to the presidential.

with all the over 10 presidential candidates, it seems it’s only the NDC’s who have a problem with the final results and have decided not to accept.

well, in reaction, the electoral commission of Ghana says if anyone has an issue with the results of the 2020 elections Supreme Court is the right channel.

in a statement on Monday, December 14, 2020, the electoral commission said;

“The Electoral Commission is aware of contests to some parliamentary seats by both the New Patriotic Party (NPP) and the National Democratic Congress in a number of constituencies. We entreat the political parties to use the laid-down processes established by law to seek redress to their concerns,”