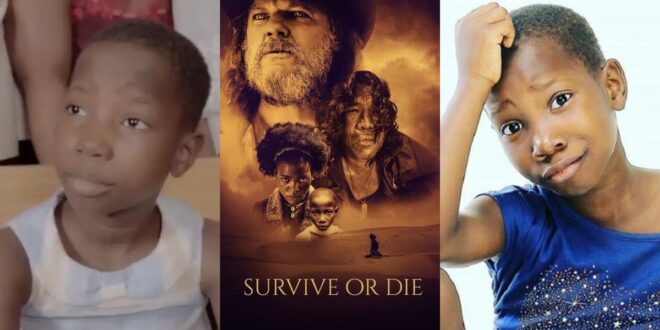 Emmanuella, a kid comedienne and performer, has made her foreign film debut in the Australian adventure thriller ‘Survive Or Die.’

Emmanuella Samuel, a 10-year-old YouTube kid comedian on Mark Angel’s channel, appeared in the film as a guest star.

The young actress starred alongside Hawa Barnes, Felino Dolloso, and Craig Bourke in the film, which was shot in Australia in 2018.

The film went on a two-year festival circuit before being released on Amazon Prime and YouTube in 2020 and 2021, respectively.

This comes after Emmanuella, a young comedian, beat Ikorodu Bois to win the title of “Favorite African Social Media Star” at the 2021 Nickelodeon Kids Choice Awards.