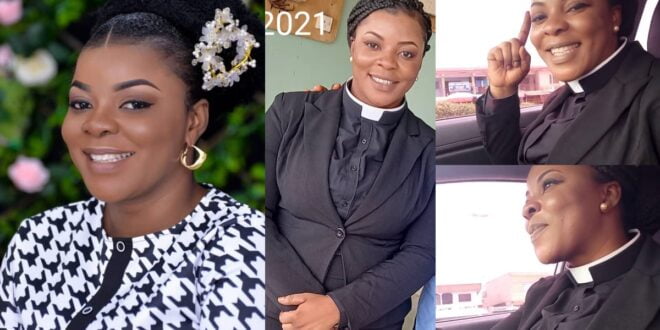 Gloria Kani finally ordained as a Minister of God (video)

Gloria Kani, a former Kumawood star, has been ordained as a Rev Minister of God.

Gloria Kani, according to sources, gave up acting years ago to fulfill her calling as a woman of God.

Gloria Kani has been ordained as a Rev Minister since completing her training.

She’s taken to social media to congratulate herself on the achievement.

‘The trip from 2019 has finished in praise thanks be to God,’ she wrote in one of her entries.