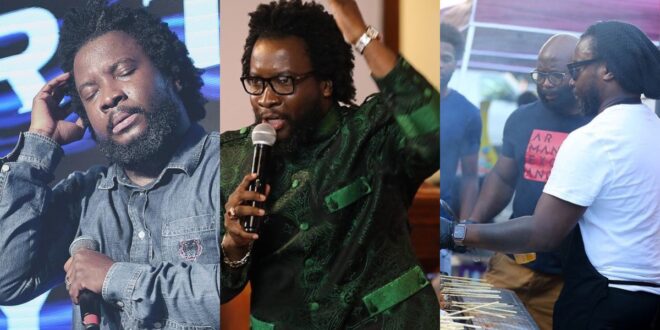 For the first time, popular gospel artist and pastor Sonnie Badu has given his voice to the presently hot subject of Ghana’s passage of legislation banning gays and all others who practice LGBTQI+.

The issue of embracing homosexuality in Ghana, according to the man of God, is one of culture against enforcement. Sonnie Badu, who turned to social media to express his thoughts on the matter, stated that all African gays should be granted a free visa to travel overseas.

Sonnie Badu also stated that foreign governments seeking to enforce LGBTQI rights in Ghana should make every effort to accommodate all those who believe their rights have been violated.

Taking to social media to express his thoughts, he wrote:

I think I have a solution for this LGBTQ buhaha going on in Ghana. It’s culture versus enforcement, so this is the solution since some of the ministers of state are being denied visa for this reason.

All the foreign countries that want to enforce that law should make asylum visas available so those who are practicing it will travel to all respective countries to live permanently, and also get better medication for diseases like HIV, and better Mens dross should they need it … ( 😜lol people go turn LGBT by force ) because life can be hell in Africa where basic human right privileges are denied;
but on a serious note it will bring peace … lol

Also from what I know a lot of young men got introduced to this by some rich men who promised to help them 🤔 So most of the young men and women do it to survive.

With this I believe there will be peace because there are more pressing issues in Ghana than this battle. #BaduWrites#SonnieBadu#DrBadu