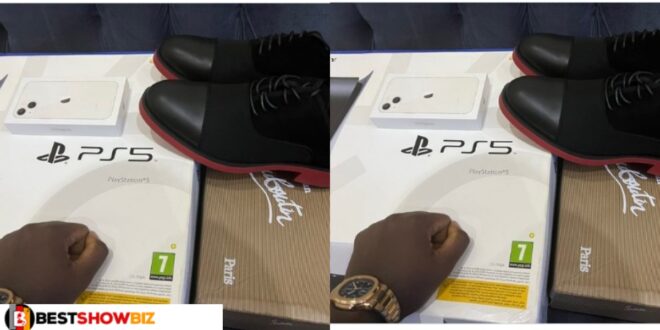 Alex, a Nigerian young guy, took to social media to show off the extravagant gifts his girlfriend gave him for his birthday.

He celebrated his birthday yesterday, November 29, 2021, and his girlfriend, known as Favor, intended to make her man’s birthday unforgettable and catchy.

To commemorate his birthday, she surprised him with a PlayStation 5, an iPhone 13, expensive shoes, and a gold wristwatch.

Alex was overjoyed, so he uploaded images of the extravagant gifts he received from his girlfriend.

“Look what Favour bought me for my birthday,” he wrote.