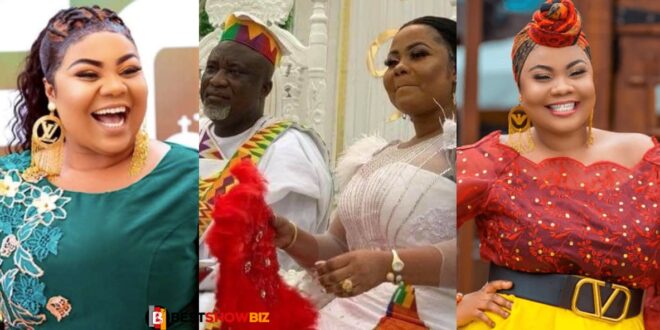 The gospel singer is always looking for people’s opinions on marital issues on the internet.

She poses as if she is asking ‘general’ questions, but they are always relevant to her in some way.

Empress Gifty’s question today asks women if they should feed their husbands if they do not give them chop money.

Gifty made a video in which she asks women the big question: do you feed your man if he does not give you money?

The question suggests Empress Gifty is having marital problems and is looking for advice online.

Gifty and Hopeson’s marriage has been dogged by controversy after controversy, which never seems to end.

Gifty recently went to great lengths to persuade everyone that everything is fine at home as Hopeson celebrated his birthday.

She made a video with him in which she expressed her love for him and stated that he is the love of her life.

Maybe it was just PR, as people suspected, according to this video.