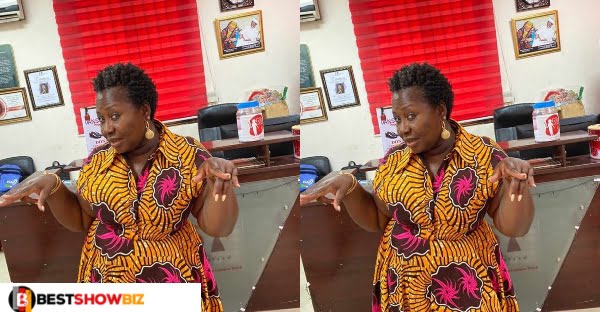 Gifty Anti looks old after releasing a no-makeup photo of herself.

Gifty Anti, a veteran Ghanaian media figure, has sparked a stir with a no-makeup shot!

After washing her makeup for the first time, the presenter of the Standpoint has entirely transformed from the person we know on TV to a different person.

The mother of one opted to go makeup-free for the day, but her followers were taken aback by the difference in her look.

Oheneyere Gifty Anti is seen in a state of terror, her true face resembling that of an elderly woman.

Gifty Anti mentioned in her caption that she will turn 52 in two months.

Fans have had a variety of reactions to the images, with some expressing disappointment after seeing her without cosmetics and a wig.

But the truth is that Gifty Anti is one of the screen goddesses of our time. Her appearance isn’t improving with age.