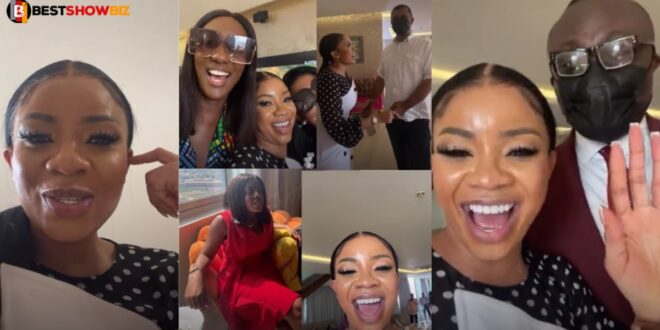 After Bomboshelli, the notorious Snapchat user, posted an album of [email protected] photographs and videos that he/she claimed belonged to Serwaa Amihere, the management of GH One TV threw a little celebration for her.

Serwaa Amihere became viral last week after Bomboshelli Sel’s expose, which brought other notable people into the fray with allegations that they had been sleeping with her and even doing 3some with Serwaa’s sister.

In order to show their support for Serwaa, her bosses, led by Bola Ray, arranged a small contingent for her.

Serwaa can be seen in excellent spirits and full of confidence in a video from the party that is quickly trending on the internet, as if she isn’t even the one who trended on a negative note last week.