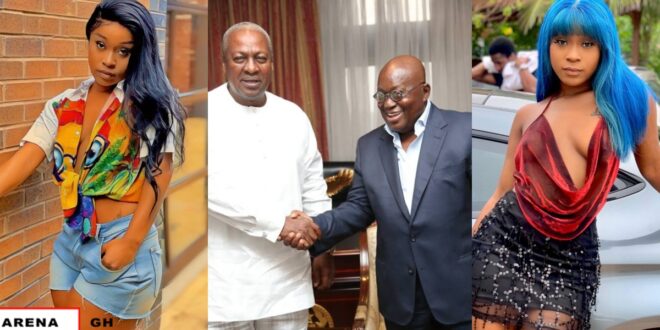 “Ghanaians should stop voting for politicians who promise them roads, school, and hospitals”- Efia Odo

Efia Odo, the convener of the viral #FixtheCountry crusade, has sent out another tweet about the types of politicians Ghanaians should vote into different state offices if they are serious.

It is past time for Ghanaians to stop voting for politicians who promise them highways, schools, hospitals, and running water, according to the video vixen, actress, and freedom fighter.

In her divisive message, she claimed that providing social facilities is already solely the responsibility of our leaders, and that we must up our game by electing people who will invest in the country by building factories that will provide jobs for the youth.

To learn more, take a look at the screenshot below…