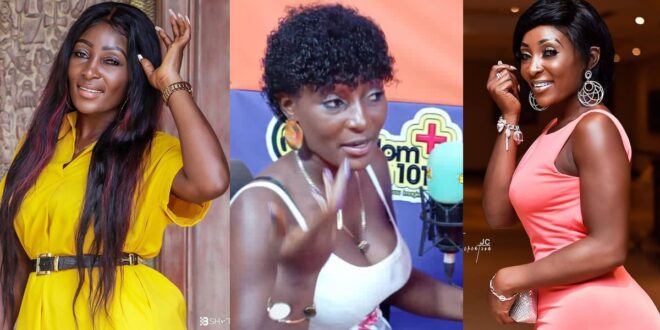 “Ghanaians pretending to be living good in America are more like slaves scrapping to!lets of old people”- Kumawood actress

Tina Green, a Ghanaian actress, has spoken up about her time as a house maid in the United States of America.

The actress revealed to Fiifi Pratt on Kingdom FM that life in the United States is not easy at all.

Tina Green, who took a six-year hiatus from acting in films, claims that most Ghanaians who pretend to be “living” good in the United States are only nursing elderly men and women.

She said that these types of occupations are very dehumanizing, and that she does not wish them on her worst enemies.

According to her, Ghanaians who work in such jobs look after elderly men and women who are unable to provide for themselves.

Read Also  "I Seriously Need A Date, All The Bills On Me" - Beautiful Twitter Lady Announces (Photos)

She went on to say that most Ghanaian housemaids in the United States are mistreated.