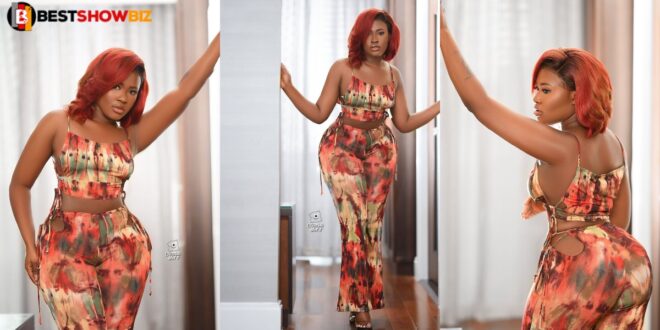 Fella Makafui, a Ghanaian actress and entrepreneur, has stated that some Ghanaians despise her because her success scares them.

In a series of tweets, Fella Makafui stated that certain people begin hating young people as soon as they start making money, and she expressed her disappointment with how people give off negative energy.

The mother of one insisted that, while she is unmoved by the negative remarks, she has learned that many Ghanaians despise competition. When you begin to make it big in life, you become an enemy.

below are screenshots of her tweets;