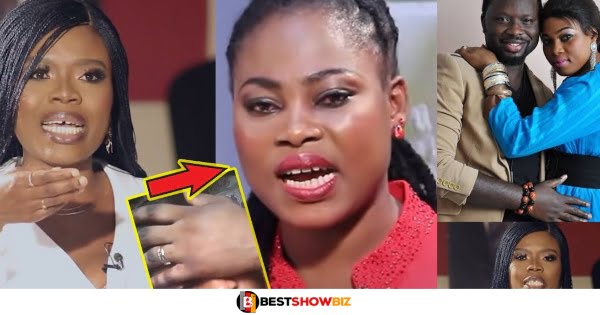 During her most recent interview with Piesie Esther, Ghanaians on the internet called out Delay for her disparaging remarks on Joyce Blessing.

Recall that in 2017 Joyce Blessing accused Delay of asking her inappropriate questions and even going so far as to disparage her husband on her show, which sparked a minor argument.

Blessing made this admission to Abeiku Santana in an interview when she took aim at Delay and pointed her black finger at her.

Delay’s insensitive attack on Joyce Blessing suggests that he still harbors resentment toward the singer.

Following a question on her husband’s feelings toward interviews, Delay made fun of Joyce Blessing when speaking with Piesie Esther.

Read Also  "Tima Kumkum lied about not loving her ex-husband, she was overprotective of him"- School mate reveals

Delay’s demeanor and how she recalled a fight with “a particular female gospel singer’s husband” said it all, despite the fact that she didn’t explicitly say Joyce Blessing’s name.

Here’s everything you need to know:

This unnecessary and senseless barb against Joyce Blessing has prompted some social media users to take a close look at Delay for her lack of empathy.

These enraged Ghanaians claim to have seen the public back Delay when she was insulted as a barren woman by Afia Schwar a few weeks ago.

When things go wrong for someone else, she’s more than happy to gloat about it.

Check out the images below to learn more…