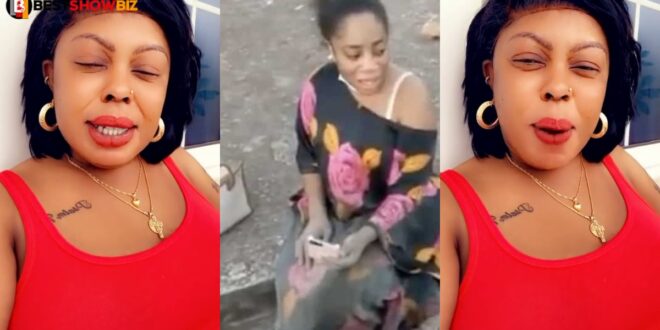 “Ghanaians are hypocrites, they are the cause of Moesha’s troubles”- Afia Schwarzenegger (Video)

Afia Schwarzenegger is one of a select group of celebrities who joined Moesha Boduong at The Revelation Church to deliver her testimony and declare her salvation.

According to Afia, who has yet to comment on the viral video, Ghanaians are to blame for Moesha’s problems.

She disproved Adu Safowaah’s rumors that a businessman switched her soul.

When Moesha proclaimed her repentance, Ghanaians, according to Afia, did not consider her mental health, but rather took her to the cleaners and said all kinds of things about her.

She said, “Hypocrites and parasites.. Ghanaians are very stupid. Now you want to blame me because I am not posting Moesha. When Moesha said she has repented all of you, you were mocking her, you were circulating lies, you were trolling her. Did you give one minute to her mental health….. After trolling her and breaking her down, you people have made Moesha suicidal.“

“There is no man involved, the person involved is your stupidity!” she added.