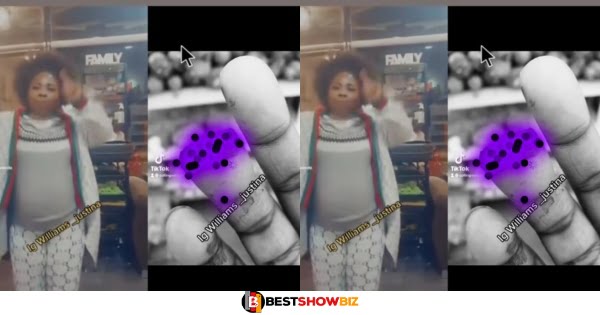 A Ghanaian woman bit and chewed the finger of another Ghanaian in the United Kingdom.

It’s unclear why she did this to her own countrywoman hustling in the cold of the United Kingdom to send money home.

After the story broke yesterday, a video of the victims’ injuries surfaced on the internet.

According to reports, the accused has been arrested, and the UK Police are preparing documents to charge her.