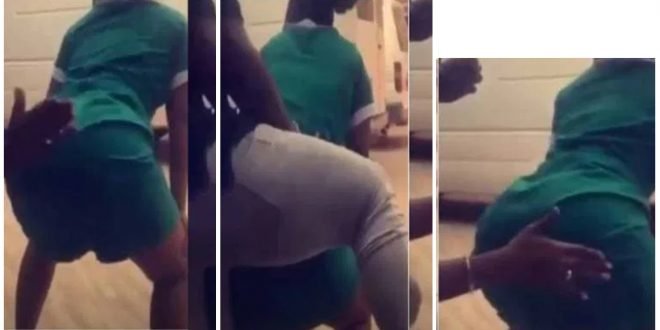 The Nursing and Midwifery Council has released a statement following the viral twerking video of an unidentified Ghanaian Nurse saying they will hunt her down and discipline her.

A few days ago an unknown nurse in her uniform went viral on social media for twerking in the midst of doctors. In the video.

The Nursing and Midwifery Council – NMC in reaction to the video has issued out a statement that clearly registers that the nurse’s actions go against their Code of Professional Conducts.

According to The NMC, even though they have not yet get her name but the matter has been referred to the Disciplinary Department for probes to begin and give the needed discipline.

check out the video: