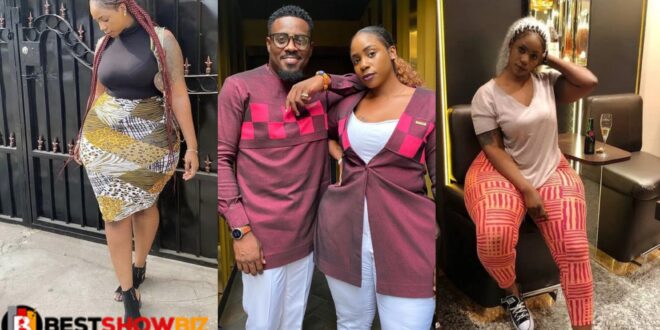 Ghanaian Actor Too sweet Annan shares beautiful images of his girlfriend for the first time.

Known professionally as TooSweet Annan, he is one of the few Ghanaian actors who has been able to acquire recognition in both the Ghanaian and Nigerian film industries and is also among the few industry players who have been able to keep his personal and private life out of the public eye throughout his career.

Despite the fact that our film business hasn’t been performing at its best lately, he has maintained a high level of success in his profession, having been cast in a number of films in the Nigerian film industry.

He is not just an actor and a member of the media, but also involved in other businesses and even owns a popular pub called “Briefcase” in Ghana, as well as building brands for himself.

With a massive Instagram page that is very interactive, TooSweet Annan recently shared a photo of himself with a young lady, and fans couldn’t get enough of it. In fact, several of them have already tagged them as couples in the comment area, despite the fact that TooSweet Annan made no such comment.

Since he hasn’t come out and admitted that the lady is his girlfriend, it is assumed that she is.