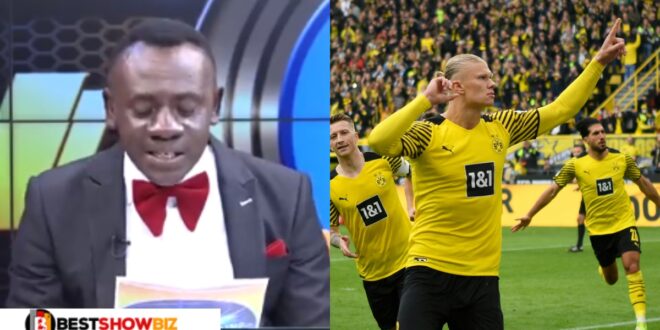 After yet another rib-cracking video went viral, actor Akrobeto has once again found himself at the top of the international trends list.

This time, it’s in the Borussia Dortmund training camp, with the club distributing the aforementioned footage.

The actor-turned-sportscaster has a popular show on United Television and struggles to remember the names of several European clubs when providing sports updates.

The video enraged the whole social media world, with several European clubs taking to social media to express their point on it.

This time, Akroberto was informing viewers about upcoming football matches in Germany, and when he arrived at the match between Arminia Bielefeld and Borussia Dortmund, he struggled to pronounce the names correctly.

The video was published by the German club on their official Twitter account with the comment “Who is playing tomorrow?” and it instantly went viral once more.

Currently, the video has received more than 612,000 views, more than 15,000 retweets, and more than 1000 comments from Twitter users who were amused by the clip.