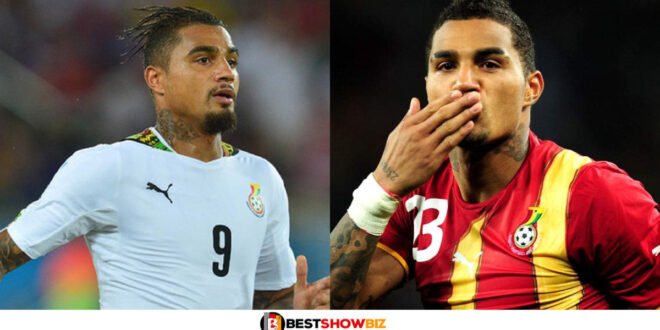 “Ghana should have just called me.”- Prince Boateng speaks on AFCON

Kelvin Prince Boateng, who played for Ghana at the 2010 World Cup, has stated that he is willing to serve the Black Stars, but he was not included in the final roster that will represent the country in Cameroon this summer.

The former Black Stars forward made the statement on Twitter immediately after the Black Stars were defeated by Morocco in the first game of their AFCON 2021 qualifying campaign.

Prince Boateng, who presently plays for German Bundesliga club Hertha Berlin, claims that Ghana should have invited him to the biannual event, but that he was not included in the invitation.

Between 2010 and 2014, Kevin-Prince Boateng was called up to the Ghanaian national team 15 times, scoring two goals in the process.