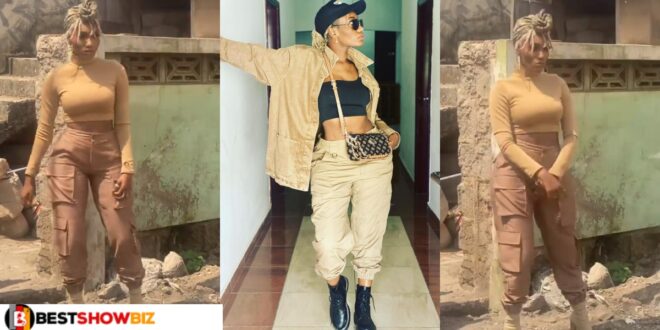 Wendy Shay’s biggest fan, Ibrah Dan, may find himself wanting after threatening to rape her in a Facebook comment.

Ibrah Dan, who was enamored with the songstress’s large curves and form, vowed to rape her at any given occasion.

Wendy Shay, on the other hand, appeared to be rather sassy in the photo she provided, as she wore a tiny dress.

Ibrah Dan, on the other hand, was wrong to make such a repulsive remark.

Many social media users have urged the IGP and the Ghana Police Service to check into the problem as soon as possible in order to serve as a deterrent to others who like to leave negative comments under our celebrities’ posts.

For further information, see the screenshot below.