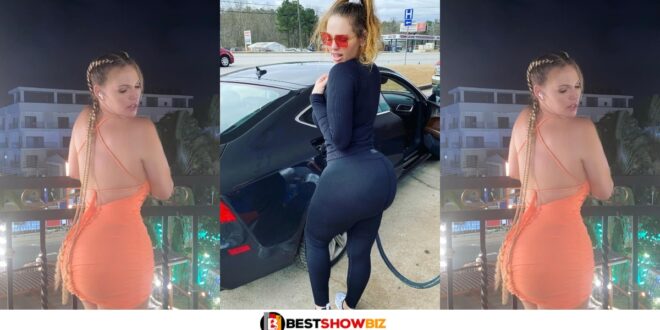 Ghana Police arrest two people over the death of American model Tyger who died in a hotel room in Accra.

The police have arrested two people in connection with the death of US Instagram model Diane Williams, also known as Tyger Booty, according to an official statement issued on Friday, December 31, 2021.

According to the police statement, Tyger Booty was discovered dead in her room at the Rayporsh Hotel in Abelenkpe, Accra, on December 14, 2021.

The late US Instagram model’s family has objected to her autopsy being performed in Ghana, claiming that they do not trust the process’s legitimacy.

The police, on the other hand, stated they held a virtual conference with the family to “formally tell them of the investigations being performed into the events leading to her death,” after conducting an autopsy on December 29, 2021.

“We are awaiting the full autopsy report, which will include toxicology and histology studies,” the spokesperson added.

Read the complete police statement below for more information on the case: