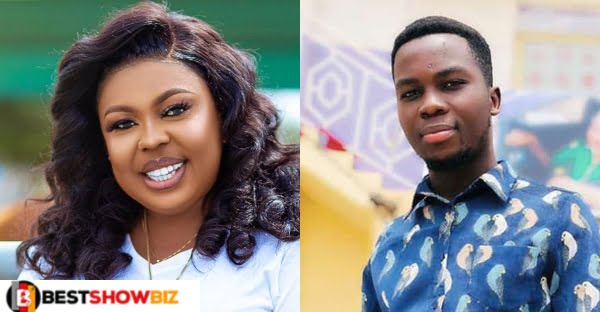 “Ghana Is Not A Serious Country; How Can Afia Schwarzenegger Be Considered A Celebrity?” – Journalist Albert

Afia Schwarzenegger was heavily chastised by journalist Albert after she was rebuked for abusing Mercy Asiedu and Asantes over their dress in Dubai.

Many people on social media chastised Afia Schwarzenegger after she insulted Mercy Aseidu and her crew for wearing cold clothing to Dubai. She claimed they were dressed in tracksuits, not winter coats.

In an attempt to justify her actions by criticizing Asantes, Afia Schwarzenegger responded by mocking them in a video she later deleted, telling them there’s a difference between winter attire and “sweaters.”

In reaction to the video, journalist Albert chastised her, arguing that if Ghana were a serious country, she would not be considered a celebrity since most of what she does is under the belt.

When it comes to Journalist Albert, Afia Schwarzenegger isn’t going to take it lightly, but the reality is harsh, and he’s correct; she’s not qualified to be labeled a celebrity since she has nothing lovely to copy.

Afia Schwarzenegger is always addressing violent issues, which no parent wants their children to learn or copy, and this alone disqualifies her as a celebrity, because celebrities are those whose attitude, character, or lifestyle are worthy of imitation.