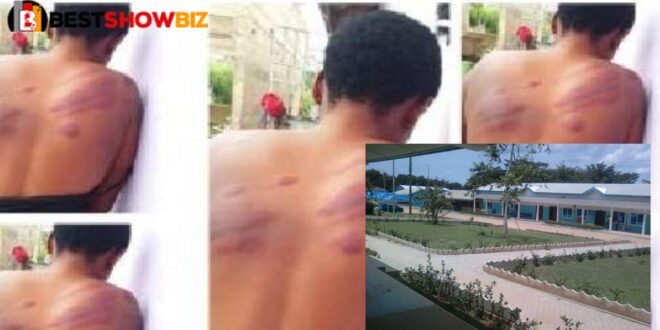 Francis Donkor, the Headmaster of Jachie-Pramso Senior High School, has been placed on administrative leave following an assault on a final-year female student at the school

According to a GES Facebook post, Mr. Francis Donkor has been instructed to give over the school’s administration and management to the Ashanti Regional Director of Education.

The post by GES reads; “Update on Jachie Pramso SHS caning. Mr. Francis Donkor, Headmaster of Jachie Pramso SHS, has been interdicted effective September 7, 2021, pending investigations into the alleged caning of a student. He has been directed to hand over administration and management of the school to the Ashanti Regional Director of Education”.

Following his summons by the Ashanti Regional Education Directorate to begin an investigation into the case, he agreed to do so.

According to reports, the headmaster violently lashed a final-year student at Jachie-Pramso Senior High School, resulting in major injuries on her back and thighs.