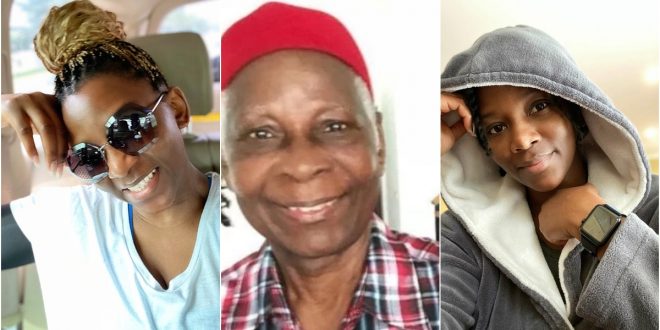 Genevieve Nnaji Shares Photo Of Her Dad For The First Time

Popular and most loved Nigerian actress, producer, and director, Genevieve Nnaji has unveiled her father to the public through the various social media platforms for the first time.

Genevieve Nnaji remains the favorite actress in the Nigerian industry as she has managed to leave a scandal-free life and often keeps her personality off the radar. Despite all her awards and popularity, she seems sober and humble where ever she finds herself.

For her many years of being in the scene of acting and being popular, she has not been able to give her fans a glance at how her parents look like with no one even knowing whether they are even alive. Well, She seems to have taken the time to gradually unveil them as she starts with her father.

Read Also  Bridget Otoo Post Photo of a man who stole her Ghc 20,000 and her iPhone

Taking to social media this time, she shared a picture that captured herself and her father, and the resemblance between the two is what has sparked the internet on fire.

Check out the picture below:

Little about the former

In 2019, her movie, Lionheart (2018 film), was selected by the Nigerian Oscars Selection Committee (NOSC), as Nigeria’s submission to the Best International Feature Film Category of the 2020 Oscars. It was the first film ever submitted to the Oscars by Nigeria. Subsequently, the oscar submission was canceled for not meeting the language criteria.