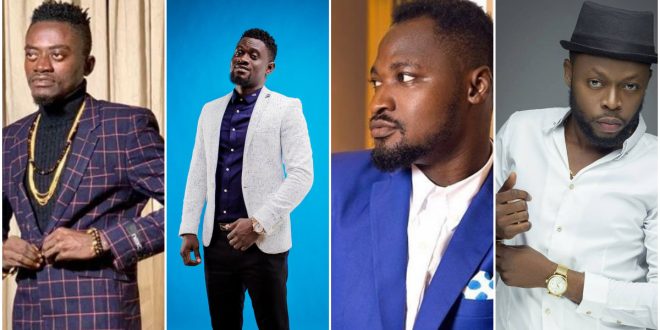 Funny Face Pens Down A Letter As He Ends His Beef With Lil Win, Kalybos, And Bismark the Joke

Popular Ghanaian comic actor Funny Face aka Children President has finally penned down a letter to end his beef with his colleagues Lil Win, Kalybos, and Bismark the Joke.

Funny Face in a few days ago went hard on his colleagues for backbiting him in the industry as he dares them to reveal their secrets.

well, from the letter he just wrote on his IG handle, his mother, Adebayor and Bola Ray have spoken to him and hence he has called off his beef with his former friends.

sharing a photo of his mother, Adebayor and Bola Ray, Funny Face wrote;

“pls never forget dis 3 people in ur prayers .. the more u pray for them da bigger ur blessing .. my soul is connected to dem .. so when u bless dem .. u bless me .. the spirit of my twin daughters my #ELLAandBELLA follow you all @funnyfansofficial and make u guys successful .. pls share this so BOLA and ADEBAYOR see this .. I went black out 3 days ago .. for 3 hours .. cos I was under pressure too much .. I have haboured soo many things in me for far too long .. I just had to talk or I DIE 🙏😢 I almost died ..”

read his full letter in the screenshot below;