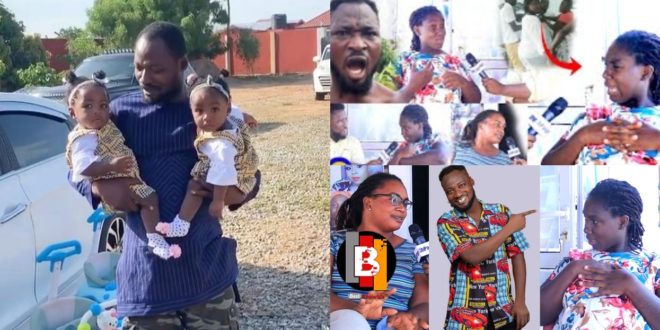 Father of the baby mama of comic actor Funny Face, Jah Wisdom has exposed him for not being responsible.

according to Vanessa’s Father, Funny Face should be ashamed of himself for being an irresponsible father after all his rants on social media.

speaking in an interview on Zylofon FM, Jah Wisdom disclosed that Funny Face can’t even take care of his twins and that he sent them 300 GHC in two months for their out keep.

Vanessa’s father further added that the actor has disgraced their family and her daughter hence he will deal with him mercilessly.

Read Also  Kwaku Manu Angrily descends on Funny Face And Lil Win, Warns Them To Never Ever Fight Or Else…
Share