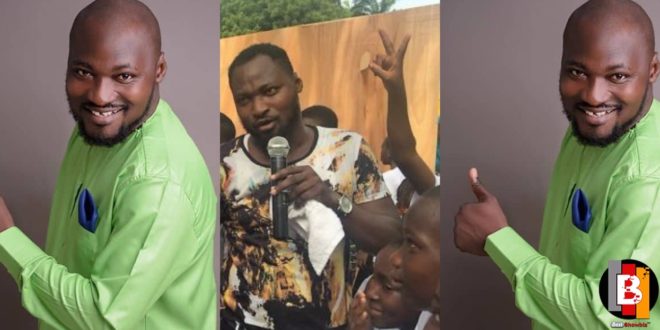 Ghanaian comedian Funny Face has lashed out at his critics who are trolling him over his fight with his baby mama in his bid to retrieve his kids.

In a new video, Funny Face who was speaking in pain attacked these trolls stating that he is just fighting for his twins and anyone who attacks him will see their kids dead.

“Listen, if you don’t know anything about this issue and insult me, my pain when I’m only fighting for my daughters, your children are about to die anyhow. Cars will crash them anyhow and I’ve said this with pain,” he cursed.