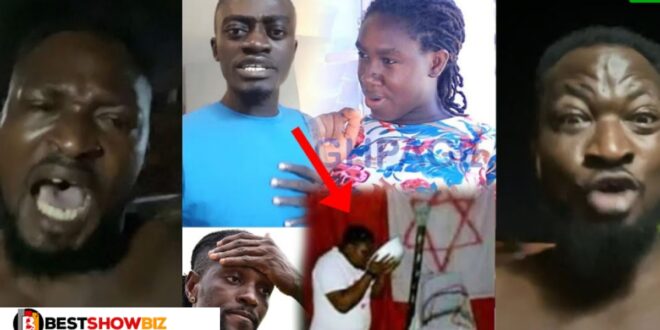 Funny Face curses ex-wife: “You’ll never give birth until you publicly apologize to me.”

In a blistering assault on his ex-wife Elizabeth Ntim and his baby’s mother, Vanessa, comedian Funny Face has launched a stinging attack on them.

Every one of his thoughts and feelings revolves around how these two women have treated him during his time spent with them.

Despite the fact that Elizabeth is now married to another guy, Funny Face appears to be suffering from some sort of heartache.

In the most recent attack on his estranged wife, the ‘Children President’ cast curses on her and said that she would never be able to have children of her own, according to reports.

Vanessa, the mother of Funny Face’s twin girls and son, looks to be his worst nightmare, according to his friends.

He also slammed her for making his life miserable and preventing him from visiting their children, which he found amusing.