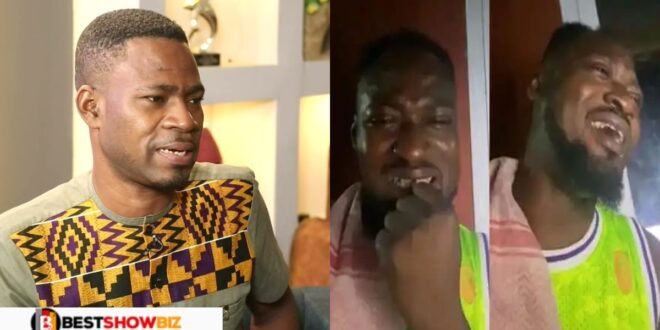 As reported by Kofi Adoma, the comedian Funny Face, who is now in the custody of the police after threatening to kill his baby mother and friends, has made a stunning revelation about himself.

Kofi Adoma, claims that after being brought to the police station and interrogated, Funny Face wept and begged God to end his life.

In addition, he claimed that the comedian is fed up with all of the agony and difficulties that have befallen him, and that all he can think about is begging God to end his life since he couldn’t take it any more.

Adoma continued by stating that police were dispatched to the comedian’s residence to conduct a search, and that they were successful in discovering some bullets holes in the comedian’s bedroom.