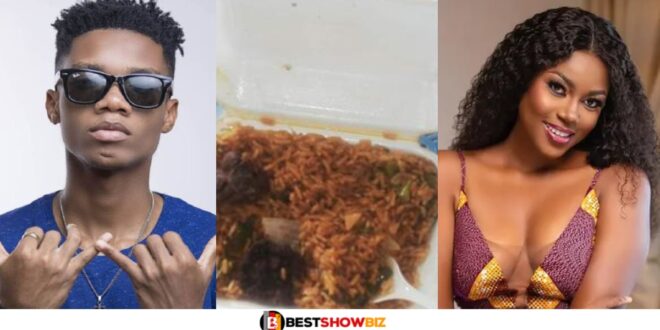 As of right now, Kidi is trending on Twitter due to some old tweets that date as far back as 2013 and 2014 and in which he hurls obscenities against certain important people as well as some leaders of the country.

It appears that before Kidi became a success, he used to be one of the agenda boys on Twitter, which means that he would attack other people in order to stay relevant and also trend. But it looks like the musician has a big problem because of the old tweets. Right now, he is trending on Twitter because of his bad comments.

In one of the posts that were found on Twitter, Kidi made disparaging comments about actress and film producer Yvonne Nelson.

He likened the womanhood of Yvonne Nelson to that of food, adding that if he had to pick between Yvonne Nelson’s honeypot and jollof rice made at a burial ground, he would choose the jollof rice.