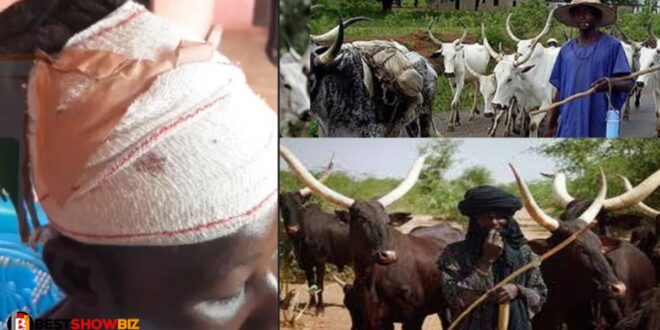 At Gomoa in Ghana’s Central Region, Fulani herdsmen tortured a father and his daughter.
They fired gunshots at Kwabena Quaye and also hitting him in the head with a wood.

They were four in number, according to the man who is currently receiving treatment at the hospital.

As they approached, they fired shots at his door, prompting him to tell his 10-year-old daughter to flee.

Kwabena Quaye drew his cutlass to protect himself, but the Fulani men outgunned him and smashed his head.

The four then moved on to the 10-year-old daughter and sexually molested her.