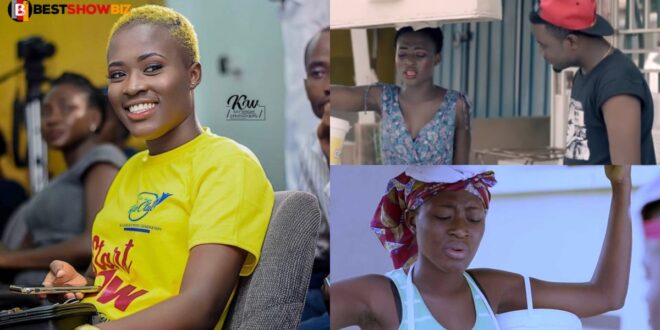 From the simple and funny bread seller to one of Ghana’s finest superstars, Fella makafui’s story is inspiring.

Fella Makafui is a Ghanaian actress, businesswoman, and philanthropist.

Fella Makafui was a funny bread seller in the YOLO TV series. A film series aimed at educating Ghanaian youth about unplanned pregnancies and STD prevention (STDs). In the TV series, she is Serwaa.

Fella Makafui was named the year’s Most Promising Actress.

Fella Makafui is married to Madikal, a singer and rapper.

Fella Makafui Dela (Fella) and Medikal had a daughter.