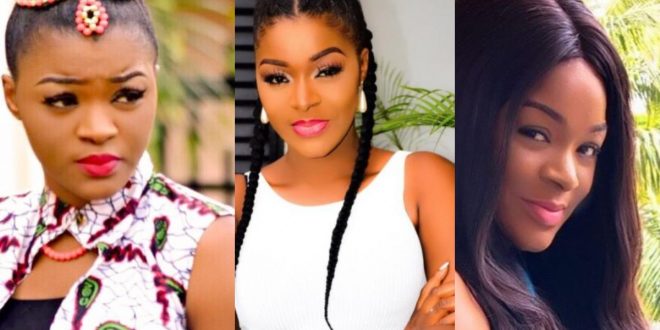 Popular Nigerian actress Chacha Eke Faani has taken the pain to share the secret that has helped her sustain her marriage to all couples out there as she celebrates seven joyful years of marriage with her husband.

According to the actress, couples who always use sexual intercourse as their major tool in spicing their marriage ends up getting the bitter part of the marriage as everyday sex becomes boring.

She further revealed that they should rather concentrate on building friendships among themselves, such a way there would be good communication where the two will always fell at ease sharing their feeling to gather.

“you can have sex with your spouse all the time, but a time will come when the sex no longer matters…it won’t be as exciting as it used to be, which forces men to engage in extramarital affairs.” Chacha stated in the video.

” if you want a happy marriage, build friendship, learn to treat each other like best friends and most important of all, always communicate with your partner about your feelings”. She added.

she revealed this in a video she shared on Instagram as she celebrates 7 years of peace and joy in marriage.